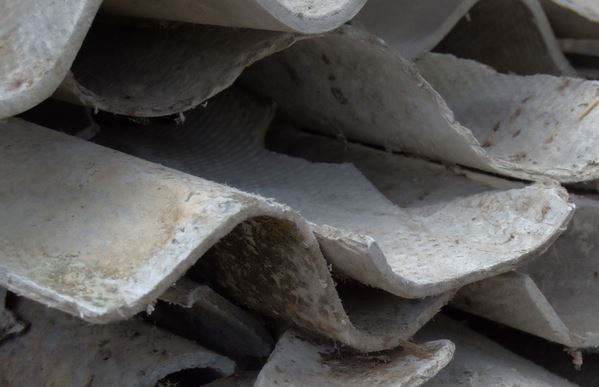 What is Asbestos Cement?

Asbestos Cement is an asbestos containing material consisting of asbestos mineral fibres (usually chrysotile but sometimes crocidolite and amosite) mixed and bonded with cement during manufacture. It is most commonly found on roofs, internal walls & ceilings, waste water goods and heating flues, although it is not confined to these uses.

Chrysotile asbestos is often referred to as white asbestos and is the most common type found on farms. You may find it:

Although considered a relatively low risk form of asbestos product, asbestos cement must still be considered as hazardous and dealt with in accordance to the Control of Asbestos Regulations 2012. This is because products made of the material can release fibres which are dangerous to humans if inhaled when an ACM is broken, cut or drilled.

Why Was Asbestos Cement Used?

Asbestos Cement offered a less brittle product that cement alone, and adding asbestos fibres to the material mean that it could be made into thinner sheets than cement alone, thus retaining some of its strength. This made it a cheap material to use in building, especially after World War II in the construction of temporary pre-fab buildings. It was also lighter than concrete products which made it easier to work with and transport.

Asbestos Cement has fire retardant properties and was impermeable to water, making it a useful material. Sadly, the dangers of asbestos would later be revealed as the cause of serious illnesses such as Asbestosis and Mesothelioma. Some countries continue to use asbestos cement products despite it being banned by most development countries.

Does Asbestos Cement have to be Removed?

Asbestos cement is a very durable product, and left alone in a good state of repair poses no risk. However, if asbestos cement is broken or damaged you should consider having it removed especially if dust is being produced by the material.

Removal of asbestos cement products isn’t usually a licensed activity but does require the use of the correct PPE and precautions (see HSE non-licensed works). However, you must never drill, scrape or break. If in doubt refer to a professional.

Can I reuse Asbestos Cement panels?

No. This is against the law. If found reusing asbestos products, you could be prosecuted and liable to a large fine.

How to identify asbestos

A professional will usually be able to tell if a product is asbestos cement, but the only way to be entirely sure if a product contains asbestos is to have it professionally tested. If removal of asbestos cement is carried out as per these rules, it will not usually fall into the category where it must be notified to the enforcing authority (HSE or Local Authority, depending on the premises) this would only happen if there was likely to be exposure beyond the “action level” given in the Regulations.

Some other forms of asbestos are extremely hazardous and should not be removed within the proper care and licensing. If in doubt, contact a licensed asbestos company.

In some cases corrugated sheets may not actually contain any asbestos at all, so be sure to have the materials checked by a professional.