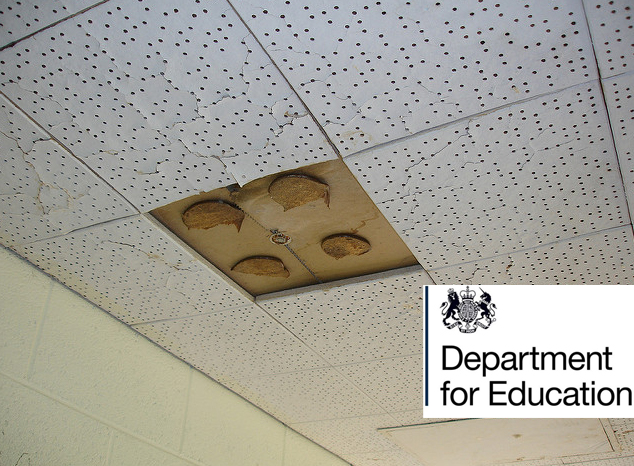 Over £10 million was paid out in compensation to school employees and pupils due to asbestos exposure between 2006-16 a Freedom of Information Request as revealed.

Lucie Stephens has long campaigned for it to be mandatory for every school in the United Kingdom to have to produce an annual report about the type and condition of any asbestos on the premises and share this with all parents and staff. Although there is a currently a requirement for schools to have an asbestos survey carried out on any building built prior to 1999, there is no obligation for the school to share to contents of the report with staff and parents, unless they are carrying our maintenance or repairs on the building.

The Freedom of Information Request found that between 2006-16 over £10 million was paid out in compensation to school employees and pupils due to asbestos exposure.

Lucie launched her campaign in 2016 after her mother died from mesothelioma in the same year. Mesothelioma is a type of cancer which effects mainly the lungs and for which 80% of cases are caused by exposure to asbestos (Robinson, BM, 2012).

According to the National Union of Teachers, 319 teachers have died from mesothelioma since 1980 and it is estimated that for every teacher’s death, nine children will die (N.U.T). The NUT also says that teachers are now dying from mesothelioma at an average of 17 per year, up from three per year during 1980-85.

In 2012 an All Party Parliamentary Group on Occupational Health and Safety recommended that the Government set up programme to remove asbestos from all schools. In 2017 the Group said that the dutyholder must develop and implement a plan for the removal of all asbestos which ensures that removal is completed as soon “as is reasonably practical” but certainly no later than 2035. In the case of public buildings and educational establishments, such as schools, this should be done by 2028.

Sadly, this is not the first time that advice has been issued to schools which has been pushed back many times previously.

It is clear to those within the asbestos industry that more needs to be done to speed up the process of completely eradicating asbestos from all educational facilities.

Free advice for headteachers and staff

Headteachers, staff and governments can find free information on how to identify asbestos and who is responsible at Modern Governor.